International Conference “What is Enlightenment? New Answers to the Old Question”

Everyone knows Kant’s answer to the question “What is Enlightenment?” in 1784: “Enlightenment is man’s emergence from his self-incurred immaturity.” Meanwhile, during the nineteenth and most of the twentieth century, the Enlightenment was considered a nearly homogeneous ideological bloc, a kind of doctrinal canon, whose content was at first closely linked to the works of the great philosophers – from Locke to Hume, from Montesquieu to Rousseau, from Leibniz to Kant – and then it spread to the so-called “periphery” of the Enlightenment – the ideas and activities of their followers in Italy, Spain, Portugal, Poland, Russia, the Balkans ... This perception was closely related to the traditional view of the Enlightenment through the prism of the French Revolution. It was born during the French Revolution which needed an ideological justification, and was strengthened in the nineteenth century for which this revolution became a fundamental point of reference. This approach received a new and powerful impetus in the twentieth century which struck the world with new revolutions, new dictatorships and world wars on an unprecedented scale. Whether the Enlightenment was put on a pedestal as a “philosophical revolution”, as a cosmopolitan political and ideological movement led by intellectuals and reformers, or whether it was condemned for manipulation of the masses, the constant correlation (voluntary or involuntary) of the Enlightenment with the Revolution and its consequences inevitably led to a simplification: features that related the Enlightenment to that period of great social upheaval or features that were evidence of a fundamental difference between the two were sought and found.

In the last third of the twentieth century, with the development of social history and – later – of “new cultural history”, the situation began to change. Today the Enlightenment is considered as a particular cultural era, an autonomous cultural object, a “historical world” that should be studied and reconstructed. We now have a real awareness of the complexity and contradictions of this world, of the need to study not only its ideas and values, but also its symbols, its visual images and representations, its practices (forms of sociability, religious life, education, travel, books and reading, passion for the arts, for collecting, etc.), its networks. We are also aware of the special role of trans-national cultural ties. The traditional image of the Enlightenment as a phenomenon limited to European countries and their sphere of influence has expanded and diversified, highlighting the importance of this period as a new stage in global cultural interaction.

Conference participants are invited to present their research results demonstrating the beneficial effect of new approaches.

We hope that the conference will attract the attention of representatives of the various disciplines of the humanities (historians, including book historians and art historians, philosophers, philologists, museum workers, etc.), enabling them to exchange experiences and to use the results of new research in their professional work.

The conference will be held at the Museum in Kuskovo, former summer residence of the Counts Sheremetev built mostly in the second half of the eighteenth century.

Organizers of the conference

Proposals (about 300 words) are accepted until November 1, 2016 at the addresses s.karp@mail.ru and rjeoutski@gmail.com. 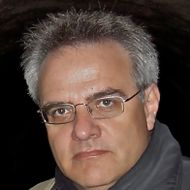