Proposals for papers accepted until March 31, 2016.

Central and East European countries (CEEs) had the planned economy past characterized by an inefficient economic structure. It is widely recognized that these adverse conditions discouraged economic growth in the region and made these economies less prosperous in comparison with the West. At present, after two decades of transition, the command economy rudiments are mostly eliminated. However, there are still significant differences in the levels of GDP per capita between CEEs. For example, Slovenia is successfully ‘catching-up’ economically with its Western neighbors, while Moldova continuous to lag behind. This suggests that the historical roots of the East-West dissimilarity go far beyond the planned economy period.

The WEast initiative facilitates research in the centuries-long economic history of the region. It is bringing together young researchers and senior leading experts in the field, both from Eastern and Western institutions. The upcoming Moscow seminar is the sixth in a row of similar seminars that begun in 2011 and so far took place in Groningen, Warsaw, Belgrade, Budapest, and Prague (forthcoming in July 2016).

The Moscow seminar will be hosted by the Faculty of Economic Sciences and the School of History at Higher School of Economics. We invite both established researchers and graduate students to submit their papers considering various aspects of economic history of the region. We welcome both submissions concerning general economic issues and those that deal with less widely known aspects of Central and Eastern European development.

Those wishing to participate should send their research paper and/or extended abstract along with short academic CV by email to Ilya Voskoboynikov (ivoskoboynikov@hse.ru) no later than March 31, 2016. Selected participants will be informed before April 15. Selected participants are expected to send full versions of the papers before August 1. All documents in the application package should be in English. 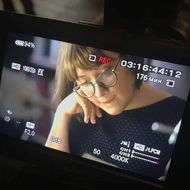