Academic Studies Press issued the ‘Word and Image in Russian History: Essays in Honor of Gary Marker’. The collection invokes and honors the scholarly contributions of Gary Marker. Twenty scholars from Russia, the United Kingdom, Italy, Ukraine and the United States examine some of the main themes of Marker’s scholarship on Russia — literacy, education, and printing; gender and politics; the importance of visual sources for historical study; and the intersections of religious and political discourse in Imperial Russia.

The articles ‘Businesswomen in Eighteenth-Century Russian Provinicial Towns’ by Alexander Kamenskii and ‘Catherine’s Liberation of the Greeks: High-Minded Discourse and Everyday Realities’ by Elena Smilyanskaya were also included in the collection. 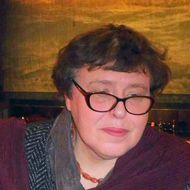